We recently released a podcast site built in GatsbyJs called CodeChefs. I made a write up on how to build your own podcast site from scratch here. Including how to generate the RSS that's consumed on different podcast platforms like Spotify and iTunes.

However, we've run into an issue. We couldn't get one of the podcast platforms, stitcher.com, to support our RSS feeds. During the submission process, it would just get held up: 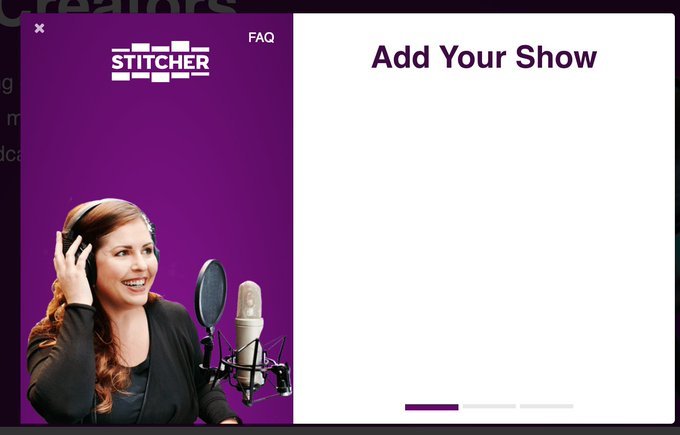 I reached out directly to Stitcher for support, in hopes to resolve the issue. It just seemed weird that all other platforms but this one supported our RSS feeds. This was the support response I got back:

Not terribly helpful, I got the "reach out to the admin of the site for assistance". Unfortunately, that's me! I did a little digging and found that stitcher uses http://validator.w3.org for validating RSS feeds. Upon submitting the feed, we got this error:

Upon searching through this issue, I found NO solutions whatsoever for resolving this issue! It just became more questions and no answers.

Back to the drawing board

Instead of taking a top-down approach to the problem, I felt it would be best to understand how Gatsby is generating RSS feeds.

Through some digging, I found the plugin Gatsby uses for RSS feed generation is called Gatsby-plugin-feed. And through a separate issue I created on Gatsby's Github Page, I found out it uses node-rss behind the scenes to generate the XML for the RSS.

Upon looking through the repo, I was slightly disappointed. The repo is in maintenance mode, and the last PR merge to it was back in 2017. There were dozens of open/closed PR that were ignored and didn't pass TravisCI, which meant the author has since moved on with the project. Meaning if I open a PR and actually implement a fix, it probably would be ignored.

I decided to dig through the issue log regardless, curious as to what problems people were having. I stumbled upon this random comment:

A possible solution to the problem I'm having! I didn't know what CDATA was actually for, but upon searching Wikipedia, I found it's mostly used to support & characters. Which makes sense, our site was currently using that character for the <author> tag.

Now I checked the RSS our site was outputting:

Our site was outputting CDATA tags on the <title> and <description>. So this clued me in on a potential fix. So I needed to modify the RSS generator such that it no longer outputted those tags.

I scoured through the node-rss package to see if there were any details on how to set this up. RSS feeds couldn't be that difficult to make could they? I decided to inspect the source code instead, which ended up being a mere 189 lines of code:

I found exactly what I was looking for! How the CDATA was being generated on our site. Unfortunately, the _cdata tag was hardcoded here for both the title and description, which meant there is no configuration for disabling it.

That just makes things so much more complicated. I didn't even know if this solution would even work! I'm basing all of these decisions just on a random comment I came across.

Therefore, I needed to validate if removing the _cdata tags would fix the RSS issues I was having.

I needed a quick and dirty test. Since the gatsby-plugin-feed was already installed on our repo, and probably imported node-rss behind the scenes, I figured I could just modify the file directly. I removed the _cdata values here:

and the new RSS feed worked! But I needed a way to test this out against https://validator.w3.org/. Unfortunately, using localhost doesn't cut it, as the site needs to be deployed.

I didn't want to run this through our CI/CD pipeline through Netlify until I was sure it worked. What I did instead was run ngrok, which tunnels information through a port of my choosing. So localhost:8000/rss.xml now just became accessible at https://cb996f9480ed.ngrok.io/rss.xml.

Great! Now we're in business! I submitted this publically available URL on stitcher.com to see if it worked: 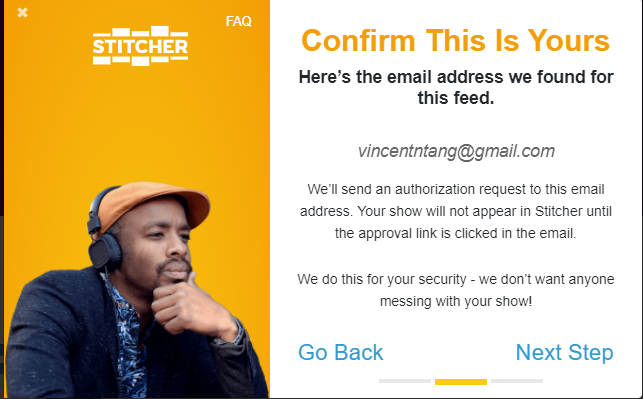 And it did! This meant CDATA had to be removed on the <title> and <description> for the RSS to be accepted at this site

Yet another dilemma. Even though I had a working solution, I still couldn't actually get this to run on our site. You aren't supposed to modify node_modules locally, as this means another computer can't duplicate the deployment process. This means I still can't deploy on Netlify.

I only had a few solutions at hand:

The 2nd option made more sense, so that's what I opted to do.

Through Gatsby Docs, I found you can create a local plugin here by running this command:

This generates a starter plugin that I could modify. Next thing I did was convert this starter template, and merging this through the source code for Gatsby-plugin-feed

I changed the dependency so instead of using node-rss here, it would use my custom modified package instead

There were numerous issues putting this all together. Gatsby for whatever reason used import statements on these backend files, which is Javascript syntax, not nodeJs syntax. So I modified accordingly, but this created several async/await issues that then had to be fixed.

The next set of issues I ran across was installing package.json in both a subfolder and a root folder. I did some research and found that npm ships with a default config called postinstall, which is a command that runs after npm install. So you can install subfolders of your choosing, or even do a rainbow match of folders to install

Once everything looked good, I made a PR against my development branch so Netlify can rebuild to these newest changes too.

Feel free to check out the source code and local plugin: