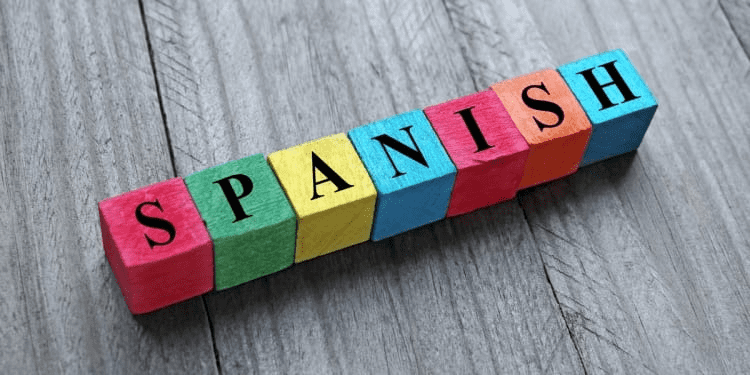 One goal I have this year is learning Spanish

It's my first week going down this rabbithole, here's my thoughts regarding learning it and what I've found to be an effective method of learning

Live in the country, if possible

When I used to live in Germany for quite a bit of time during University, I remember how much easier it was to learn a culture if you are immersed in it 24/7

You basically are forced to learn the language, as every subtle medium out there like signs, newspapers, shirts, etc are all German. Communicating and order food presents a challenge, since while you could point at an item and say "Ein", it's not really an elegant way of doing things

Going to a new country also means you create different associations with new words. One of my first phrases I learned in my University professor's classroom, and it was how to order a scoop of ice cream, and trying it in a public setting

I tried it at a few different parlors and I had been asked to just speak it in English. Germans can be blunt

Spanish has a lot of dialects

Spanish is one of the few languages that just has so many dialects, according to all my friends. I've noticed this as well when I thumb through translation services too on tools like Netflix, etc

I don't have a compiled list, but from research online they seem to occur in different regions of the world:

I was informed the most neutral version of Spanish from my Spanish speaking friends tends to be either Panamanian (Latin America), or Venuezulan/Columbia

Other things I've learned so far about Spanish

Since Spanish and English both derive from a strong historical Latin background, it doesn't make sense to learn everything from scratch.

Instead, it's best to learn how they differ in core grammatical structures. These include things like nouns, verbs, preposition phrases, etc.

Most languages tend to share some level of similarity in this regard. I speak fluent Japanese and native Cantonese, and even though those are eastern languages, they tend to follow similar structures for sentences

For example, if you were to say

In Japanese, this would be

where watashi means I, watashi no namae means My Name, wa is the article, Desu is the verb

In Spanish to English, Spanish is different in that adjectives are used after the noun

Instead of saying Red Jacket, you say Jacket Red

There's many examples more than this in Spanish I am learning, such as masculine and feminine phrases too. German also exhibits these too, and these derive from Latin

Learn from your favorite custom phrases

I practice Spanish a lot with my spanish speaking girlfriend, so it helps that I have someone I can practice with daily

In the past I've used space-repetition memory learning tools like Anki, memrise, DuoLingo, etc. What I've found with those tools is while I'd learn a lot of new vocabulary, I wouldn't really draw any emphasis or connection to why I know any of those words, and ultimately would forget it long term.

If you don't use the words you learn often - you won't build enough synapse connections in your brain to learn it long term. In the book "Thinking fast and slow" - when you learn a new subject, it needs to be practiced many times "slowly" until you can immediate conjure the right word in the right context "fast"

For me at least, words provide a form of connection to how I learned it.

My friend from Jordan (middle east) told me a great story of this. In Arabic, there is not a word for "gaslight", which is essentially manipulating someone by guilt tripping them. This occurs alot in Middle Eastern culture, but nobody thinks of it otherwise. When he first learned this English term, childhood memories of being "gaslit" would arise. Anytime he'd hear the word gaslit, that's what he thought of

When it comes to learning a new language, learning "blanket" statements make the most sense. At least for me, since I tend to use them when there isn't much else to say. To some degree, we'd call this "small talk" per American lingo

So here's some of the ones I use, it's a combination of common phrases but they're specifically tailored to me and my gf

Memorizing these few key phrases means I have an "anchor" of specific go to phrases that I can learn new words on top of.

By changing contigo to con mi novia, which is "with you" to "with my girlfriend", this makes me understand how spanish proposition phrases work.

One method of learning when I started teaching myself how to code was how could I effectively learn without spending alot of extra time and effort throughout the day?

My conclusion ended up being learning from Podcast. I learned alot about how software development was designed, at a very high level, by listening to two senior developers talk about challenges they faced. These included things like how do you design a database diagram, how do you decide on a framework, etc

My go to podcasts were CodingBlocks from my buddy JoeZack, and SyntaxFM. I also started my own coding podcast too a few years back to reinforce concepts I knew as well too

I also went to a ton of tech meetups too. Learning through osmosis this way meant I had a lot of familiriaty of things I did and didn't know, and where I could find more information about "what I didn't know". This also became the basis of topics I choose for Tampa Devs too for tech talks

My favorite go to podcasts while in the car has been language transfer thus far, since it assumes you have mastery of English and it teaches you how Spanish differs.

Additional things I've been learning that have pretty low friction for picking up new things:

While most of those are pretty low effort, high value ways for me to learn, I also feel like I need to take a few high cost, high value approaches to learning

I'm sure I'll feel differently about this a few months from now. I found out about most of these tools digging through reddit